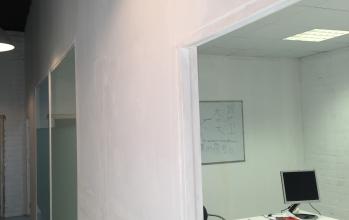 The Asian Studies and Business Center was founded in 1998, is aimed at an international school teaching all disciplines focused on East Asia, especially in China. Thus, from our centre, we provide courses in Chinese and Japanese language, Tai Chi, Chinese calligraphy, enterprise and business, culture, etc. All are avialabe for Spanish and international students. Meanwhile, we specialized in accommodating groups or privates from Asian countries and providing foreign culture study and travel. Such as our international school which contains varies courses related to Spanish culture and language with authorized certifications. CENA is located in the center of our city of Lleida, less than 100 kilometers from the coast city of Tarragona, only 130 kilometers to downtown Barcelona, northeastern Iberian Peninsula is the heart of the city. Lleida is an important city and service-oriented center, including medical care, education, culture and recreation and other fields, the municipalities and cities of Lleida province are listed as some of the model cities in Spain, as well as province of Aragon(next to LLeida). According to statistics, Lleida now has 497,678 residents, extensive commercial effects of radiation. The economy of Lleida city is mainly concentrated in the service, providing 71.4% of the employed population, followed by industry, construction and agriculture. As for cultural assets, there are two cathedrals, La Seu Vella and La Seu Nova and the palace of the Paeria or Old St. Mary's Hospital,etc. In terms of cultural facilities, we have the new Diocesan and Regional Museum, the Municipal Auditorium Enric Granados, Escorxador Theatre and the future Museum of Science and Climate. They’re all fulfilled the condensed cultures in Lleida.
Show more

Add
0% DISCOUNT on this school by booking your language course on LanguageBookings.com NOW!

How do I book a language course / accommodation?
Booking with us is really easy. You just have to go to the link of the school you are interested in. Where it says COURSE and then START, you select the dates you wish to study there. Afterwards, you select how many weeks you want to study.

You then select the course you wish to attend. You can add optional services, such as accommodation and airport transfer. If you would like to add these additional services, you need to go further down the page where you will find the section relating to ACCOMMODATION. You select the option of the type of accommodation you want (You do not have to select the dates here if they are the same as the course - they are automatically selected).
After the Accommodation, you have another option,  that of TRANSFER. This option allows you to book a transport that will pick you up at the airport and will take you to your residence or host family.

Once you have selected all these options, on your right hand side, you are going to see a summary of your reservation with all the information about the course and the accommodation, together with their prices. Also, the deposit you have to pay will be displayed there. You just have to press the Orange Button that says BOOK NOW and this will take you to another page to enter your personal details. When you are booking you only have to pay the little deposit. After that, we will contact the school and request your booking. When your booking is confirmed by the school or host, they will hold your place until the your booking balance is paid in full. The same applies for the accommodation. You can pay either with credit card, paypal account or bank transfer; as you prefer. This deposit you pay now will be discounted from the total price. The rest of the money will not have to be paid until 15 days before your course starts. In any case, you will be receiving emails about your deposit payments; and also, reminders about the rest of the money when it needs to be paid.
What are the benefits of booking through LanguageBookings.com?
Best price guaranteed: 100% guaranteed  that you pay the lowest price. We offer you the lowest possible course rates - you never pay more than if you booked directly with the school itself or anywhere else. Besides, our service is free. We do not charge for any booking fees.

Trust & Safety: We are a marketplace that promotes trust and collaboration. This is the reason why we have built the best ever class tools and services to surely assist and hone you into making the right decisions. Find students' reviews, host references, school quality seals and accreditations, ... learn more

Customer Support: If you ever need assistance, you will always be able to call our customer support whether you are a host, a school, a guest or a student. Before, during and after your course, we are here for you. You can easily contact our experienced and friendly consultants. We are always a click away from e-mail, phone call, skype or even live chat!

Your booking 100% confirmed: It is very unlikely that something goes wrong with your booking once confirmed by the school. In fact we are so confident, that if you do not achieve a place for a course at the selected school, we will credit your account with your full deposit and find another possible alternative for you.
When do the courses start?
The start dates of intensive and standard language courses are generally flexible. If you have some basic knowledge of the language, you will be able to start any Monday of the year at almost any school. If you are a total beginner, courses usually start once or twice a month.
You should be aware that language schools have more students in July and August than during any other time of year, which means that course fees, housing prices and the overall cost of living are often more expensive during this time. If you would like to book a course in July or August, you should do so very early: schools have limited spots and might be booked well in advance for the high season. Your chances to get your preferred housing type are also greater if you book your course early. Housing options near the school are especially difficult to secure in the summer and tend to fill up quickly.
Language courses during the low season (September to June) are not only less expensive, but also have smaller classes. If you are able to wait to take your courses during this time you will pay less for your courses, and  you may even receive better housing, since demand is much lower. Please, review this information within the language course details on the language school page.
How do I know if a place is available?
You can find the availability status underneath each price on the school / host page. Nevertheless, if you submit a reservation request and your place is not available, the deposit paid will be 100% refunded.
Show more
This site uses cookies. By continuing to browse the site you are agreeing to our use of cookies. Find out more here