Diplomas in Spanish as a Foreign Language (DELE)

Self Service
Breakfast
Half Board
Full Board

Get The Complete Guide for Study Travel Abroad!

Where to learn abroad?
Tips on how to find the best languages courses
How to make the most of your studies abroad?
And so much more!

All the necessary information in one place. Contains everything that you will ever need to get the most out of your language course and have the best experience abroad!

We hate span as much as you do, you can trust us, your email address will be safe with us!

Diplomas in Spanish as a Foreign Language (DELE) in Ávila

The Diplomas in Spanish as a Foreign Language (DELE) are official qualifications certifying the degree of competence and mastery of Spanish, granted by Instituto Cervantes on behalf of the Ministry of Education, Culture and Sport of Spain. The DELE examination provides for all the different variants of the Spanish language. They are all considered as valid to obtain the diploma. The DELE examinations have been designed following the guidelines of the Common European Framework of Reference for Languages (CEFR) of the Council of Europe, which ensures a practical way of establishing a standard, international and objective measurement of the level that should be reached at each teaching stage, and in evaluating results. The University of Salamanca collaborates with Instituto Cervantes in designing exam papers and in grading the tests leading to the Diplomas in Spanish. 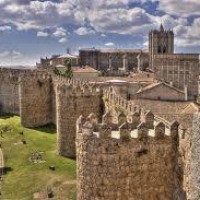 PREPARATION FOR THE " DELE "

Get advice and the best offers

Create your ad for FREE and get offers from all our language schools and/or accommodations.
Post your ad

No booking fees
We do not charge students any booking fees for courses, accommodation or other services.
Low prices
You never pay more than you would pay by booking directly with the foreign language school abroad.
Organised information
You will find all course details, photos and reviews by many students to help you choose the perfect course for you.
Easy online booking
You can book all services easily and quickly from the comfort of your home — without any expensive phone calls or hassle.
Perfect security
We work with Paypal to guarantee your personal information and credit card details are always safe and secure with us.
Quality control
All the language schools we offer they have years of experience, so you can choose from the very best courses available.
This site uses cookies. By continuing to browse the site you are agreeing to our use of cookies. Find out more here